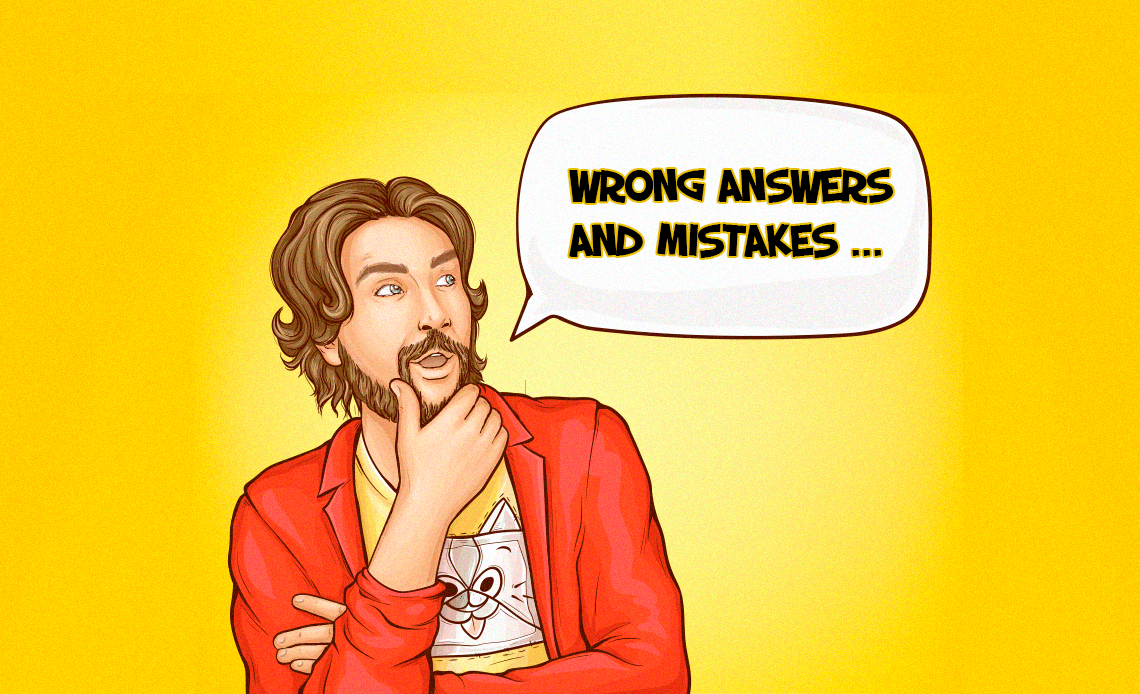 The following questions were set in last year’s school examinations in Britain, and these are some genuine answers.( ref.2015)

Q. How is dew formed?
A. The sun shines down on the leaves and makes them perspire.

Q. What guarantees may a mortgage company insist on?
A. If you are buying a house they will insist that you are well endowed.

Q. In a democratic society, how important are elections?
A. Very important. Sex can only happen when a male gets an election.

Q. What are steroids?
A. Things for keeping carpets still on the stairs.

Q. What happens to your body as you age?
A. When you get old, so do your bowels and you get intercontinental.

Q. What happens to a boy when he reaches puberty?
A. He says goodbye to his boyhood and looks forward to his adultery.

Q. What is artificial insemination?
A. When the farmer does it to the bull instead of the cow.

Q. How can you delay milk turning sour?
A. Keep it in the cow.

Q. What does ‘varicose’ mean?
A. Nearby.

Q. What is the most common form of birth control?
A. Most people prevent contraception by wearing a condominium.

Q. What is a seizure?
A. A Roman Emperor.

Q. What is a terminal illness?
A. When you are sick at the airport.

Q. What does the word ‘benign’ mean?
A. Benign is what you will be after you be eight.

Q. What is a turbine?
A. Something an Arab or Shreik wears on his head. Once an Arab boy reaches puberty, he removes his diaper and wraps it around his head.