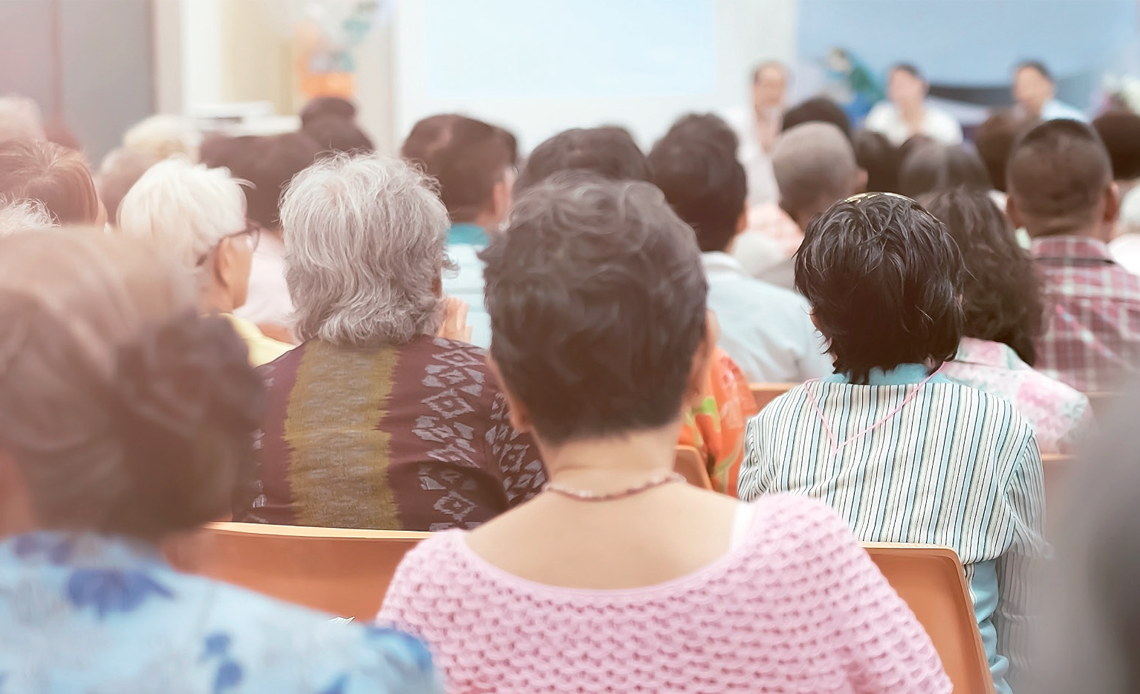 The United Nations have just released their 2019 Revision of World Population Prospects and some of their findings are very interesting for us, ELT professionals. According to the report, “by 2050, one in six people in the world will be over age 65 (16%), up from one in 11 in 2019 (9%)”. It also points out that the 65+ cohort currently represents 9,6% of the Brazilian population, which means almost 20 million people, some of which could be in your classroom very soon, that is, if they are not already there. Actually, if we consider the statistics for 2050, data suggests 23% of the Brazilian population is going to be 65 years old or older.

The world population is getting older and so are our learners. It is about time we not only acknowledge them, with their needs and wants, but also come to terms with the fact that we will soon be part of that cohort (if we are not already there, that is).

I have been teaching older learners for more than fifteen years now and I would like to share some advice with you which I would have loved to receive when I had just started.

CHALLENGE YOUR OWN BIAS

We tend to believe we do not hold any kind of bias towards any of our learners. However, this is probably not true and it is not only our fault, especially when we talk about elderly students. It is very hard to recognise all the stereotyping and prejudice that we have internalised throughout our lives, but it is time we stop. Stereotyping and prejudice against people on the basis of their age are part of what is called ageism and according to the World Health Organisation (2015), it is still considered as the ‘last socially acceptable’ prejudice. Levy (2002) explains that “one of the most insidious aspects of ageism is that it can operate without conscious awareness, control, or intention to harm”. We are surrounded by ageist remarks, jokes and stereotypes since early childhood and because they are not frequently challenged we tend to internalise them as true. So don’t feel bad if the first image that comes to your mind when you think of an older learner in your classroom is that of a frail old lady with a walking cane and thick glasses who needs constant help or of the grumpy old man in old-fashioned clothes who constantly argues and thinks he knows best. These are but some of the stereotypes commonly associated with old age, but if you take some time to analyse your own ideas about ageing and how you would like to be treated when you are 65+, I am positive your prospects of being a fabulous teacher to older learners are due to increase considerably.

An important part of our jobs as teachers is to prepare lessons and think about the best ways to teach our learners and, throughout this process, it is very common that we make assumptions about them. We may think our teenage learners will love a song that we have decided to use in our next class because that is what teens like, although they might very well loathe the song you chose or not like songs at all. We may also assume that because our learners are older they are not likely to enjoy that very same song because it is too modern for them. Assuming is part of our job, to a certain point, but when it comes to older learners I always suggest we ask. It might sound a bit too much, but asking your learners – all of them, actually, not only the older ones – what kind of activities they like or dislike, what kind of challenges, physical, mental or otherwise, they face, what they consider their strengths to be or what goals they have may help you and them a lot. I suggest the use of a needs analysis right in the first lesson. You can try and use a questionnaire to be answered in the first minutes of your lesson, a multiple choice one, with lines for students to explain themselves more clearly if necessary. It might take a bit of the lesson time, maybe 10 minutes at the most, but it will surely save you lots of time when preparing and will also help you be the teacher your learners need you to be at that point.

AGE IS NOT JUST A NUMBER

It is commonly said, and with the best intentions, that age is but a number, but it is not. Writer Madeleine L’Engle once said in an interview that “one of the good things about ageing is that you do not lose all the ages you’ve ever had,” and it’s very important to remember that when we talk about old age: it is not just a number, it is the result and at the same time the set of all we have already lived. So, when teaching older learners, respect what they have already been through and value their experience. You can be surprised at how much they can contribute to your lessons.

DON’T PUT THE BLAME ON THEIR AGE

Think twice before blaming any difficulties your older learners might have during lessons on their age or on assumed cognitive disabilities. It might be useful to remember that they may have started learning the language you are teaching when they were in school and that the methods used then are probably quite different from the ones used nowadays. Would you blame the difficulties faced by a 30-year-old student on their age?

Also, keep in mind that nobody is perfect and the challenges they might be facing may have been caused by you, by the way through which you have explained something or by instructions that were not clear enough; it happens all the time. So whenever you find your older students are not on the right track, talk to them in private and listen to what they have to tell you. It is a lot better and more fruitful than just complaining about their performance.

Going back to the classroom after a couple of years may be a daunting experience and it may trigger all kinds of negative feelings such as anxiety, stress, lathophobia (fear of making mistakes) and even what is called the ‘stereotype threat’ which is when you are part of a commonly stereotyped group and fear confirming what is said about members of your group when under pressure. According to Donaghy (2016), “many older learners fear failure and are more anxious than younger learners, perhaps this is because they accept the stereotype of the older learner as a poor language learner or because of previous unsuccessful attempts to learn a foreign language”.

One way you can try to minimise these possible negative feelings on your older learners is to make your lessons as age-friendly as possible. Here are a few suggestions of what you can do based on Ramírez Gómez’s (2016) advice:

• When writing your own materials, use a minimum font size of 14 pts (Times New Roman) and space size of 1.4 pts between lines;

• Mind your board work: write with big letters and keep it as neat as possible;

• Don’t patronise your older learners and never use baby-talk/elderspeak with them. Bear in mind they are not ‘cute’ or ‘sweethearts’, they are adult students with tons of experience;

• Select materials that portray older adults positively and as relevant individuals, but keep in mind this does not mean the stories about super elderly people climbing the Everest on their 99th birthday.

These are but some of the ideas I wanted to share with you about teaching older learners and I hope they might be useful. However, I strongly believe the most important thing to be kept in mind when working with older learners is to treat them as you would like to be treated. Teach them as if you were teaching your future self.

Heloisa Duarte has been conducting research about teaching English to older learners for more than 10 years. Her research includes the access of older learners to language courses, ageism, and ways to benefit such students. She has also been involved in English language teaching for over 25 years as a teacher, teacher educator, materials writer, consultant and manager at national and international institutions in Brazil. She is a CELTA holder and is currently finishing her MA in Language Education at NILE.