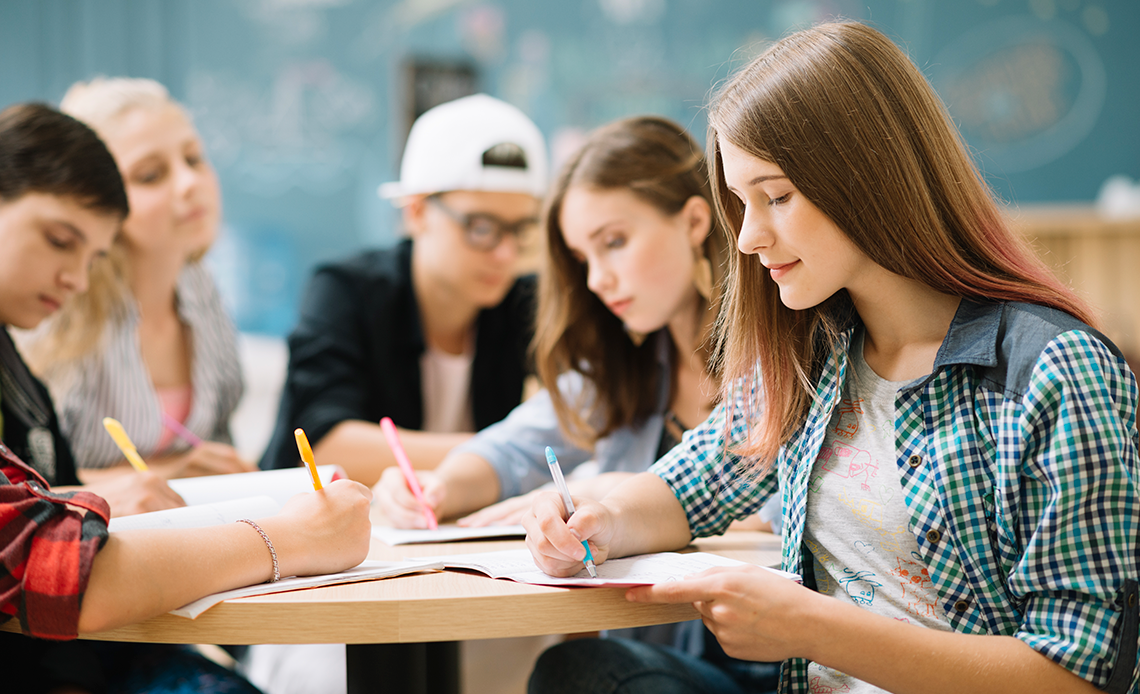 Among the universals of human behavior, Dignity stands out. Human rights are based on it. The multifaceted nature of Dignity is discussed in Gomes de Matos (2013), a volume published by Human Dignity and Humiliation Studies. In the educational area, there are still few applications of Dignity in the Brazilian context. To help fill this gap, we researched how English students from a Recife public school perceive Dignity.

The Dom Sebastião Leme school is in the metropolitan area of Recife. Its young students come from nearby neighborhoods, and most of them belong to low-income families, in addition to presenting problems of social vulnerability. We teach 15 high school classes, but for the project we work with the 1st years A, B, C and D, with young people between 14 and 16 years old. At Dom Sebastião Leme school, English classes take place twice a week, each one 50 minutes long. A predominantly communicative approach is used with an additional focus on reading. The following are the procedures adopted for our project.

We asked the students what dignity would be. We noticed that many did not know how to conceptualize or relate dignity in the school context. Then we asked them to research on the Internet or in dictionaries about the concept of dignity, in the next class and with research results, learners were able to discuss what they found and what they now thought about dignity, and the concept of dignity emerged among the students.

To extend the students’ view of dignity, we suggested that they interview teachers and school staff about the concept of dignity; the mobile phone that was so questioned about its use in the classroom was our best ally for the audio recorded interview.

Among the interviewees we had 5 teachers, 4 teachers, 3 kitchen assistants and 4 teachers assistants, and the assistant principal who shared their perceptions of human dignity. The interviews consolidated and enhanced learning among students, in addition we encouraged communication between groups. On that perception of dignity, we created a vocabulary related to dignity. Also, we made a box called DIGNIBOX.

The students were challenged to put their digniwords in the dignibox, to make a dignibank that would be a bank of words related to dignity, to be part of the lives of those young people and to be used within the family and the community more often. 106 words were deposited in the dignibox. The following table shows the most frequent digniwords placed in dignibox:

The digniwords were used in activities such as bingo, for example, to provide a playful occasion. It is worth noting that some students began to observe and report changes in behavior, demonstrating in their speech and actions that the transformation happened as a result of the project and perception in relation to dignified coexistence and behavior in the classroom.

First grade students who showed talent for graffiti art, were asked to write on the classroom wall the sentence related to the project “Dignity Studies Here,” with the purpose of clarifying that in that environment dignity is being studied and practiced together.

The synthesis sentence of our project was suggested by Gomes de Matos, so that in a simple way it would translate in a brief but significant way the students’ perception of human dignity. Students Samuel Oliveira (1ºB), Jhullia Santiago (1ºC), Sandryellen Silva (1ºC), and José Italo Santos (1ºG) were the artists who wrote and painted the sentence. People who visit our classroom will perceive the sentence on the wall, but what will draw more attention will be the behavior of students and the way a young public was interested in a topic little studied, but of great importance mainly in our country, where values are getting more distant each day from the daily life of our society.

Dignity is more than an inspiring concept it is profoundly transformative. Its applicability in the monolingual / bilingual / pluralingual school context is a right, a responsibility for those who prepare educators. May this Recife experience humbly inspire initiatives in favor of intercultural educational-linguistic Dignity in the Brazilian school context.

★Doing your PERSONAL BEST in the English Language Classroom